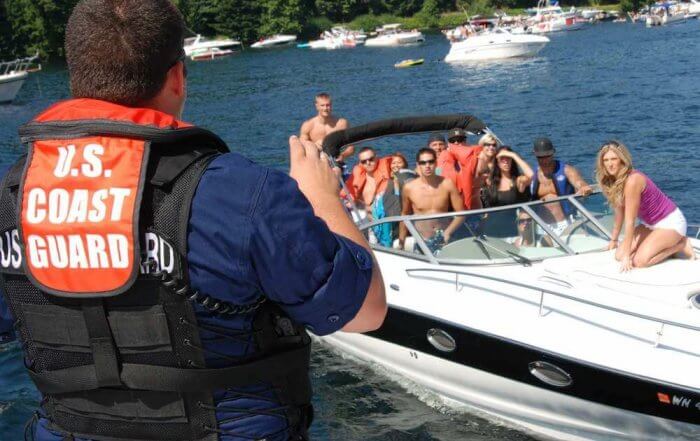 If you have been charged with BUI or boating under the influence, you can expect the case to be aggressively prosecuted. The good news is that a BUI arrest does not always lead to a conviction. In many of these cases, the charges are dropped altogether or reduced to another charge that is far less serious than BUI.

If you were arrested in Pinellas County or the Tampa Bay area for boating while under the influence (“BUI”) of an alcoholic beverage or while impaired by prescription medication or illegal drugs contact an experienced criminal defense attorney to discuss your case.

An arrest for boating under the influence or drunk boating (BUI) in Florida can lead to a criminal record, probation, possible incarceration, fines, court costs, community service, alcohol courses, and your boat being impounded.

For purposes of enhancement of criminal penalties and administrative driver license suspensions in a subsequent Florida DUI case, BUI counts as a prior conviction for driving under the influence (DUI). Likewise, if you have previously been convicted of DUI, your BUI sentence can be enhanced as provided below.

Pursuant to Florida Statutes Section 327.35, Boating Under the Influence (BUI) is illegal in the State of Florida. At trial, BUI must be proven in one of two ways:

The sentence can be enhanced if the operator of the boat has previously been convicted of BUI, DUI, DWI (or any other similar alcohol-related or drug-related offense) in the State of Florida, or in any other state.

Any conviction for BUI would include probation with a special condition that the defendant completes a substance abuse course which may include evaluation and any recommended follow up treatment, at least 50 hours of community service, and at least ten-day impoundment or immobilization of the boat or vessel.

Third BUI Violation outside of 10 Years of a Prior

Second Degree – BUI Manslaughter – BUI Causing or Contributing to Death can be charged as a Felony in the Second Degree punishable by up to fifteen (15) years in Florida State Prison.

The person is guilty of BUI and had a blood-alcohol level or breath-alcohol level of 0.20 or above, or if the boat operator had a passenger who was under the age of 18.

Second Within 5 Years of a Prior

Third or Subsequent Conviction within 10 years of a Prior

Florida law provides, the court has the power allow the defendant to serve all or any portion of a term of imprisonment to which the defendant has been sentenced pursuant to this section in a residential alcoholism treatment program or a residential drug abuse treatment program. Any time spent in such a program must be credited by the court toward the term of imprisonment.